Reality is the illusion!

Multiplarity is the name of a new science fiction trilogy written by Stan Field. The title refers to the author’s conception of how one future might resolve. The three novels are Omniphage, Selenaphiles and Micasians.

Vernor Vinge and Ray Kurzweil among others, have suggested that we will soon reach a point where our technology will advance so that humans and their machines will merge. The growth rate of knowledge will increase so dramatically that within a very short time, humans such as ourselves will be unable to understand what is happening. The transhumanists think everyone will jump on this bandwagon at the same time and we will all enjoy the rapture of the nerds. There is much disagreement on this scenario.

I tend to think something similar will occur in the near future, but it won’t be for everyone. Just as history has shown, a few might instantly jump at the latest tech toys, but over a few years, you’ll only see a small percentage of the population merge with machines while the rest of the planet will see business as usual. That is to say, a few stone-age tribes on one end and some super-rich multi-national execs on the other.

The question then becomes, will such disparate groups be able to coexist?

A group of respected genetics researchers working in a college lab make a breakthrough discovery. The final result is a crystalline powder that can can literally rebuild a body from the inside out. If a person can be kept alive for 24 hours, Omniphage will heal any disease or injury. One major side effect is that it can also be used to totally change a person’s appearance. Race, gender, and physical appearance become issues of choice rather than accidents of birth.

The ensuring near-total collapse of medical investments triggered a global stock market collapse. In the space of a few short years, riots, civil war and chaos became the norm. A glimmer of hope arose in the form of a multi-national project to save humans from themselves. Secure enclaves on Earth and the dream of a lunar colony just might save civilization.

When physical appearance is no longer a factor, what does it mean to be human? 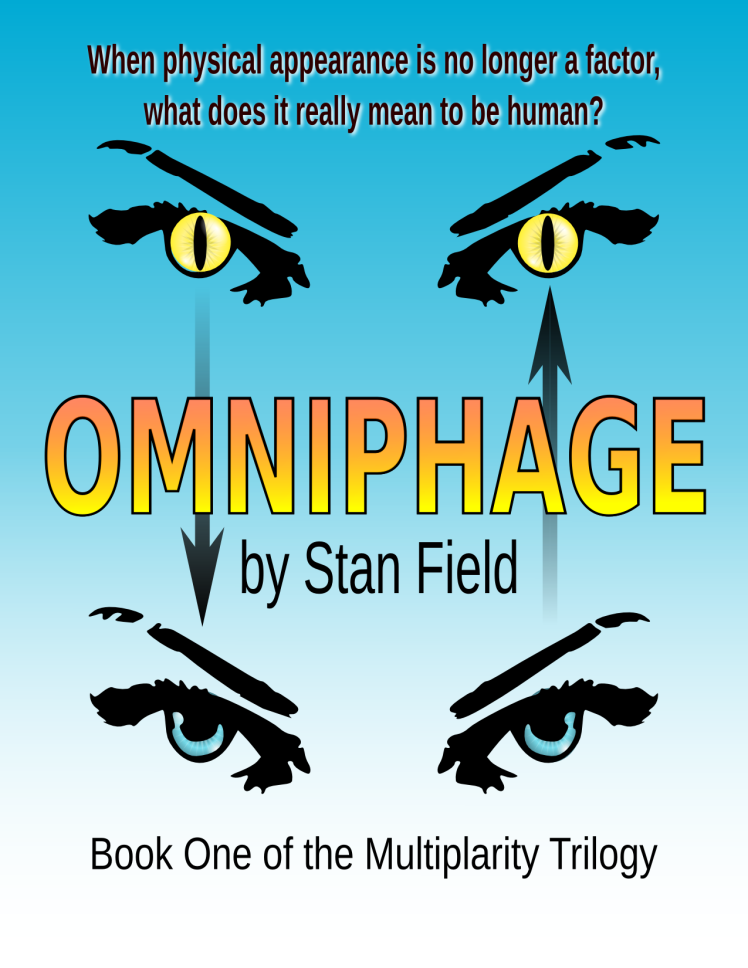 Scheduled for a winter of 2012 release, Selenaphiles follows the first generation of lunar colonists as they try to build a new society.

Would it be allowed to succeed? Will we survive the long crawl to the stars?

This tale starts with an extreme case of culture shock when Susan Childers, a young girl born and raised on the moon, is forced to spend more than a year living with relatives in a backwater farming community, back on Earth. She vows to return home, but appears trapped.

Meanwhile, a planet very similar to Earth has been discovered and surveyed from orbit by a robot ship. Unfortunately, it is discovered that humans cannot survive the new warp drive. Transhumanists can make the journey, but are interested only for the research potential.

Many Terrans and Selenaphiles, are willing to be part of a desperate solution to explore and colonize a whole new world. The question becomes, will Susan and her friends survive mankind’s breakout to the stars?

This site uses Akismet to reduce spam. Learn how your comment data is processed.